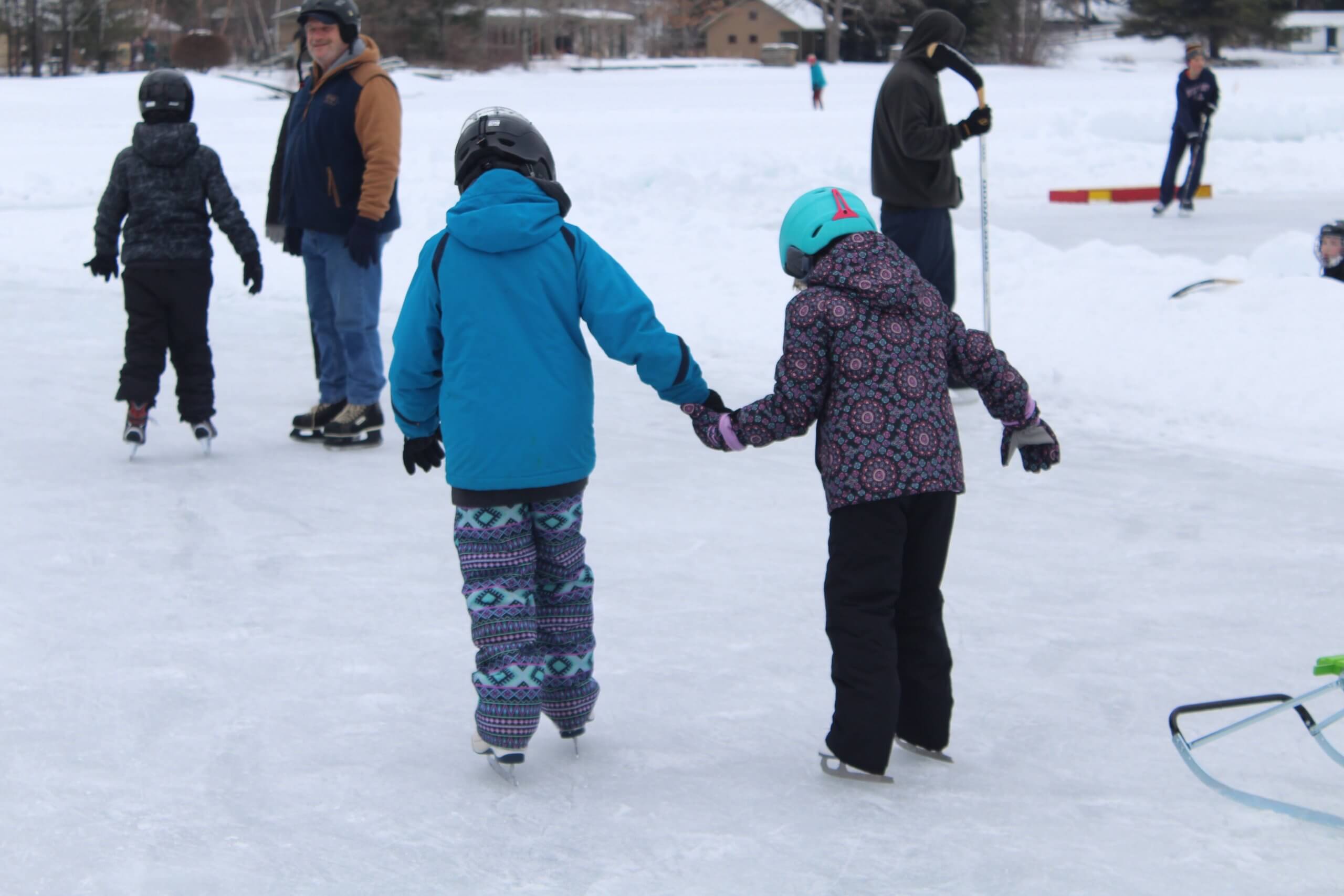 Three months ago, we welcomed a new baby into our lives. She has big puffy cheeks, crystal blue eyes and a whole life ahead of her that’s ours to try to impact.

We are doing all the recommended things: reading to her every night, giving her Vitamin D, laying her on her stomach a few times a day to build up her muscles even though she doesn’t always like it. So far, it’s going great.

But my mind can’t help but think of the future to the more intangible parts of raising a child. How should we introduce technology to her? How can we give our child the best chance of being a healthy adult?

Children under the age of 8 spend an average 139 minutes on screen media, and children under 2, somehow, spend 42 minutes. How can we instill a love of the natural world in our child with so little of it remaining?

There’s no clear answer, no perfect way to raise a child — that is perhaps the best advice I have heard so far.

But when I look back at my upbringing, I notice a pattern with the things that had a profound effect on my character and worldview. I remember exploring the nature center by my house. I remember getting lost with my dad canoeing on the tiny lake across town. I remember meeting my friends down the street and making cardboard box forts in the patch of trees by the creek where we would try to catch frogs and crayfish.

I remember my first soccer goal, with an assist from Bobby Blevins, even though I haven’t seen him in 20 years. Sure, we probably played video games too much, we rushed home every day after school to catch the latest Pokémon episode and we became obsessed with every silly pop culture fad our parents had to endure, but truth be told, I remember very little of that — outdoor spaces were the antidote.

Even in a suburban neighborhood dominated by the digital revolution, what stuck with me were the golden moments spent in awe of wild places. Now, two or three decades later, I watch the newest generation grapple with the same issues but in a more advanced state of crisis.

Natural places are shrinking globally, while access becomes more fragmented and gentrified. When I visit my mother, who still lives in the same house where I grew up, I notice the small things. The field where we played kickball for more than 10 years now has three fences across it, defining the lots of the three houses that had always been there. The patch of trees where we built box forts has long been cleared, even though nothing has been built in that lot. The stream that used to be so full of salamanders that all you had to do was lift a rock to find one has been barren and brown since upstream development diverted stormwater into the watershed.

As a child, I didn’t realize how lucky I was to have the opportunity to explore outside or how precious a few scraggly trees behind my house were. It instills within me a new appreciation for accessible green spaces, no matter how small. And although there are many things to lament, there are also things to celebrate.

In fact, my childhood home in South Knoxville, Tenn., has become nationally recognized for its spectacular Urban Wilderness initiative. A loop trail connects dozens of different parcels together to create a massive network of parks, trails and natural features that provides recreational opportunities for hikers, bikers, climbers, naturalists and everything in between.

The effect on the community has been an unequivocal success no matter who you are or what your values may be. Almost singularly because of this initiative, South Knoxville is booming: Restaurants are opening, the waterfront has been restored, breweries and bike shops have popped up along the route of the main route.

When I talk to my childhood friends, many with children of their own now, and ask why the Urban Wilderness was so effective, I always get the same answer — access and knowledge. All of these places existed when was a child, but they just weren’t known or accessible. When I study the map, there’s a particular strip of trees that jumps out at me behind my old middle school. I remember countless discussions by the school about what to do with this overgrown patch: whether it should be a parking lot or storage sheds or maybe another baseball field. Luckily, none of these plans came to fruition and the land was eventually given a conservation easement and now provides the vital connection between two of the outlying parcels. One had been an abandoned quarry, the other an endless patch of kudzu.

I know that if I had not had the tiny patch of trees and a stream with salamanders in it next to my house, I wouldn’t be where I am today. As the trail programs director for the Upper Valley Trails Alliance, I get to conserve the wild places I know positively impact all types of life on our planet, but I also get to work with youths of all ages to try to instill the love of the natural world that is so dearly needed. Each summer with the High School Trail Corps, I celebrate (internally) each time a participant laments the lack of cell phone service and has a conversation with their friends instead. Every year, I work with third-graders in the community to build bog bridges on the Cross Rivendell Trail. even when they just play in the mud and yell, I can take solace in knowing that we are making a positive difference in their lives and for the environment.

So when I look into the wide eyes of my new baby and I ask myself how I can instill a love of the natural world in our child with so little of it remaining, I already know the answer: Protect the small amount that remains and cultivate it so that it may flourish for the next generation.

Written by Sean Ogle and published in the Valley News on February 14th, 2020